Funny thing of the week is apparently this video, where a man shows that Kinect's "you are the controller" mantra is a little overstated.


Yeah OK, "haha" and everything, but it isn’t actually at all surprising that there’s auto-steer in a casual driving game, not least a Kinect driving game.
It’s just balancing to me; balancing is what makes a game palatable for its audience, hides the cracks in the game’s systems and makes it as enjoyable a play experience as possible.
People would be complaining if there was no auto-steer, mostly because Joyride would be an extremely difficult game if track magnetism wasn’t there (just like some people would complain if Modern Warfare didn't do almost the same thing with its auto-aim). Actually, Lotus Turbo Challenge did the auto-steering thing  worse than this 20 years ago (when the notion of a casual audience didn't even exist - so this isn't a 'oh the games of today!' thing) and people liked that game.
If anything, this is just indicative of a desire on a particular type of gamer’s part to kick the shit out of Kinect, to expose its shortcomings. What did anyone expect from Kinect? Flawless minority report control?  Did we think that the technology could stand up to the level of cynicism that the hardcore naysayer would bring to it?
No game is flawless, but while I don’t think Joyride is a particularly excellent driving experience (or even game experience), I have had a laugh with it. So, when this, the game’s supposed biggest flaw is only apparent when you deliberately try to break it, try not to play it properly, then we have to question whether that really is a flaw. Should we just be grateful that the game’s been balanced towards a better experience for us? There's a line, of course, and perhaps this is on the wrong side of it, but what I think is much more notable is the quality of the experience I get when I'm trying to play it properly.


Joyride isn't a game that I'll want to play against friends with 80k+ Gamerscores, it's the kind of thing I would play with my family over the Christmas holidays. Now, if I play my mum at Forza, or even Mario Kart (which isn't quite as social a racer as it seems) then we're going to witness all kinds of driving into walls, going the wrong way and losing interest very quickly, it's going to be pretty torturous to watch never mind from her perspective. So the game helps. It doesn't take control away completely, but it does plaster over the gaps. It does that because the situation I've described is what Joyride (and to some degree the current line-up of Kinect) is for, and it makes the game enjoyable for that audience and that situation.
You could beat pretty much any Eyetoy game by putting your hand in front of the camera and waving it. If you did that, congratulations, well done. There are millions who didn't; most of them surely enjoyed the thrill of playing with a novelty new controller in a more social setting than they normally would, and they had fun. Not fake fun. Fun. The thing that our industry hinges on.
Posted by Fraser S at 11:54 No comments:

Natural's Not In It

I saw my first Kinect TV ad last night, the Kinect Sports ad, this one:

Immediately - "I know that song.... that's Gang of Four"
Then "Wait a minute...Gang of Four used in a TV ad campaign? That's odd."

As I was sort-of singing along, half-remembering the lyrics as I went, it occurred to me that this is 'Natural's Not In It', maybe the most explicit example of Gang of Four's self proclaimed marxist/ anti-capitalist tendencies, a coldly cynical song song that I always took to be about social control via entertainment (the advert was on in the middle of X-Factor, btw, just saying).

Now, this is either a really unfortunate re-appropriation of a song for an ad campaign, or a stroke of subversive genius. I have no idea which. It can't just be an accident though, surely? Why? Well, because it's not just a song that's seemingly about the artificial desire for products being created by sexed-up marketing, it's a song that contains the line 'the body is good business'. In a Kinect ad. :)

The song, in all its glory... (Andy Gill is a hell of a guitar player)

Labels: Ad, Entertainment, Gang of Four, Kinect, Natural's not in it, Sports, TV 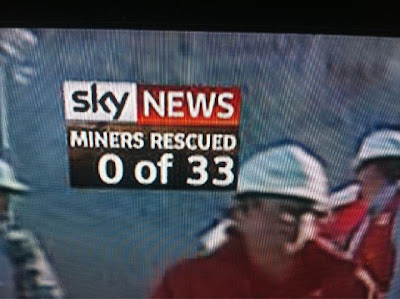 No updates in a while, sorry.
I've got a load of posts at the draft stage, and I'll finish at least one of them off soon. Promise.

In the meantime, the Time Matters article pdf download i linked to before had expired (a sendspace link) but I've linked to another below. This one shouldn't expire. Update soon!

GAMESTM_TIMEMATTERS
Posted by Fraser S at 14:45 No comments:

Who is Alan Wake?

Am I Alan Wake?
There's a particular scene in Remedy's Alan Wake (a game which I'm otherwise enjoying very much), which amid a glorious story-driven experience, suddenly kicked my suspension of disbelief to within an inch of its life, leaving me with a load of questions. Not insignificant questions either, questions about the nature of identity in this and other games. Rather than just continuing on this cinematic, narrative ride, in the space of about a minute, I had jumped from 'I must rescue my wife' to 'I'm making this man rescue his wife'. Even at that, I knew I wasn't doing anything really, the whole thing revealed as 'on rails' and the limit of my control being my ability to indefinitely put off an unavoidable event.
*SPOILERS*

In a cut-scene (the cut-scene is key) Rose, the game's familiar nod to Twin Peaks' Shelly Johnson, a local waitress, calls me on my mobile phone. I answer. The game cuts to an 'elsewhere' view of an apparently drugged or heavily manipulated Rose, who tells me to meet her at her trailer in Bright Falls' trailer park. As I hang up my phone in the cut-scene, I'm shown the creepy old supernatural up-to-no-good 'dark presence' lady in funeral attire at Rose's trailer saying "good girl". The cut scene has done its job; I (the player) think "oh! it's a trap".
The game returns me to controlling Alan who's now determined to go and meet Rose. Fine. Except I know that this is a trap. Alan doesn't.
As cinematic as the cut-scene and the reaction in me was (and Alan Wake often feels very cinematic) there's confusion here; I know something the player character doesn't, but I am the player, am I not? I must guide Alan into an obvious trap, while he remains oblivious, and I can't do anything about it. In fact the only way I can avoid it is to stand around forever, refusing to enter Rose's trailer, or just quit playing there and then. So for the first time in this game where I was really enjoying myself, I mumbled to myself, half-annoyed at this inconsistency, at all the paradoxes that I had to just force myself to ignore while playing. 'Forget it, just play it, doesn't matter'. But it does matter. In a game which has been praised for its narrative, its storytelling, its pacing, this seems a glaring error to me, and not one without some consequence.
The problem that exists here is purely caused by player intervention. Columbo episodes always showed you who the killer was, while other detective dramas didn't, but the entertainment was in finding out how Lieutenant Columbo solves the murder, how he finds out who the killer was. The key is that you know the killer's identity, but you're a helpless silent observer, unable to intervene. That simply wouldn't work if you could intervene, if you controlled the detective. If you know who the killer is, isn't it just game over?
This single jarring scenario in a so-far otherwise perfectly enoyable story-based game might seem like a trivial thing, but ultimately, taken to its extreme, this flaw reveals this game as 'just a game'. It's quite literally a series of events that I must guide the player character through to reach what is, to me, an already obvious conclusion.
I still have to finish Alan Wake, and because it's a very good game I'll enjoy doing it, so long as I can convince myself to ignore the elephant standing behind me in my living room, and my living room isn't that big.
Posted by Fraser S at 11:16 2 comments:

Apple design is brilliant isn't it?
Wonderful.
What does this mean then, Apple?
Nothing. That's what it means.
There are 2 pieces of information on this screen.
1) It's ok to disconnect now
2) It is not ok to disconnect now.
Take your pick.
Posted by Fraser S at 03:15 1 comment:

This is a link to an article that was in Games TM some time ago on use of time/ space manipulation as a mechanic in video games. Includes interviews with myself and Jonathan Blow (Braid).

I thought i'd stick it up.

(I don't own the copyright for the Games TM article pdf obviously, so if this is a problem, i'll take it down. Shouldn't be though.)
Posted by Fraser S at 00:46 No comments:

Fraser S
United Kingdom
Working making video games since 2002. In 2006, I moved to Brighton on the south coast of England to work at a mid-sized game development studio where I worked for 5 years. In 2011, I moved to another development studio in Portsmouth where I'm employed as Lead Designer on a currently unannounced project. Have worked on games for Microsoft Game Studios, Sony, Konami, Sega, Activision, 505 Games, THQ, Southpeak, Warner Brothers and more. I am an amateur musician who for a long time played in a very good band comprised of pals, and very briefly played guitar with a not-as-good band now comprised entirely of millionaires. A prominent video game journalist and industry professional once described my life as one 'of Bovril and regret'. I like games and music and really like hamburgers.